Can you imagine a hospital being forced to resort to paper 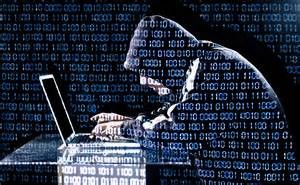 for communications and scheduling?  It happened!

You should have heard about it by now:  Ransomware “steals” your computer system at startup, then holds it “hostage” until you pay an enormous amount of money (usually to an overseas account), then they will remove it, with no guarantee that they won’t come in again.  Many technicians have now found ways around many of the ransomware products out there, but not without spending alot of time (and yes, costing you money, but not as much as the theives overseas) to remove it.

The newest one how

ever – a new version of an existing malware that has been around for about a year, called TeslaCrypt – was just announced mid-March that it has been updated to version 3.0.1, and so far, the coding has been impossible to break.  Many are calling this new level of ransomware “the black plague” of the Internet.

This article points to one of the newest targets – hospitals. Some here in the US were hit within the last few weeks, costing them thousands of dollars to get their systems back, not to mention several days of down-time in a life critical environment.

The best protection is your backups – backed up often and stored offsite – more in the next posting on some software that can help with backups and creating a full disk image.