With all of the political calls, sales calls, robo-calls,

and scams coming out these days, should we really be answering those calls?

No, don’t answer.  Unless your caller ID explicitly identifies the caller or if you know the number that is being identified, and you are comfortable taking a call from them.  Check out these scenarios (these are some actual calls from our phones over the last week):

You think you are okay because your phones are all listed with the “no call” lists for your state or in the national registry?  Don’t count on it.  Many of these calls come from overseas and don’t have to adhere to, don’t recognize, or don’t respect the US laws.

The message says “Press 1 to be removed from our database”.  Well, if the call comes from overseas – and you really can’t tell for sure – don’t count on it.  And whether they are US based or not, you have just let them know that your phone number is valid, and they will sell it as a validated number.  Expect more calls. 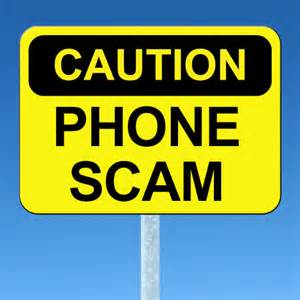 Nine times out of ten, if you call the number showing on your phone, it will either be an invalid number, or the voice messaging hasn’t been set up.  Sure signs that it is not legit.

And then there is this call that we got a couple of weeks ago, asking that we remove a number from our database.  After getting a little more info and explaining that we didn’t call, and we don’t deal in Timeshare Properties, we explained to the caller that it wasn’t us who called, and that our phone number was obviously being “spoofed”.  They started becoming irate, telling us that it was our number showing on the caller ID, and that we had to take of it, to which we replied that we could probably do something about if we could actually identify where the call actually came from.

So beware! Even if you know the number that is showing on the caller ID, it may not be who you think it is.